“Purchasing only focuses on the deviations.”

At the time we speak to Rick, he has been working as a Supply Chain Manager at Agrifac Machinery for five months. At the time, the necessary changes were made in the purchasing department of the manufacturer of field sprayers and beet harvesters. New colleagues have joined and some have left the company. A new Plant Manager has also been started, who is responsible for the entire production process. The order book is well-filled and the management’s ambition is to more than double the number of machines that are dispatched. For Rick, this means that he must be able to count on his suppliers and vice versa that suppliers can count on Agrifac’s accurate forecasts. According to Rick, Tradecloud’s B2B platform will play an important role in this challenge.

“Markets have been tapped in North America, Australia and the former Soviet Union, and these are growth markets for us”, said Rick. “Our strength is that we can offer all kinds of options on the machines. For example, a spray arm of 25 meters can be supplied, but 32 or 50 meters is no problem. The same applies to different tires, GPS systems, etc. That does demand a lot from your supply chain: if you offer many options, this has direct repercussions on stock positions and just-in-time deliveries.” 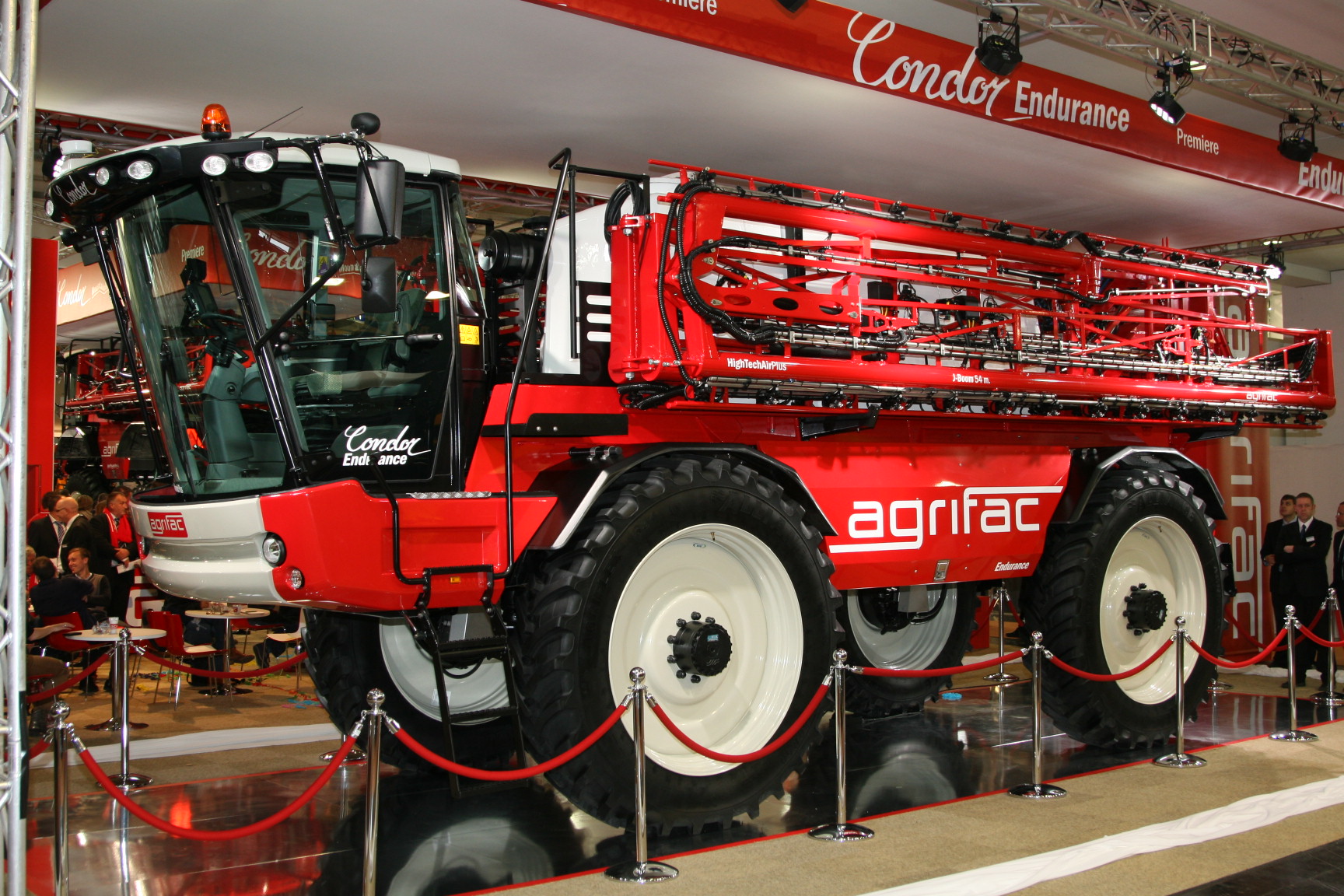 The former Plant Manager already talked about “stopping operational purchasing” five years ago. He was firmly convinced that all factually unnecessary work should be removed from the purchasing process. Automate where possible. Order handling was then fully digitized at a rapid pace, so that buyers now only focus on deviations in the process. The rest of the order process continues automatically. As a result, the focus will then be on clarifying exceptions in the process.

Rick talks about the major renovation of the factory. During the renovation, production continued and Rick had the opportunity to change some things that improve the supply chain. “We also made some improvements in the area of purchasing. For example, the purchasing positions, so the places where you store products when they arrive. We have re-divided the production line into different phases. We have linked workplaces to those phases where all materials are available. A mechanic should not be left without materials. This goes beyond stocking bolts and nuts, deliveries must actually take place in those places. The material does not come from our own warehouse, but is delivered to the right workplace at the right time. With this bin-to-bin system we strive to keep the stock in production as low as possible.”

Blindly trusting the delivery performance of suppliers
“In addition, we work with complete semi-finished products and parts kits that are regularly delivered to the workplaces by suppliers. A kit is a box with about 10 to 20 parts. In this way of working, we must be able to blindly rely on the delivery performance of suppliers, because if a part is missing in the kit, production will stop. Timing is very important to prevent this type of malfunction.”

“Shortage on the labor market increases the need to quickly understand exceptions.” 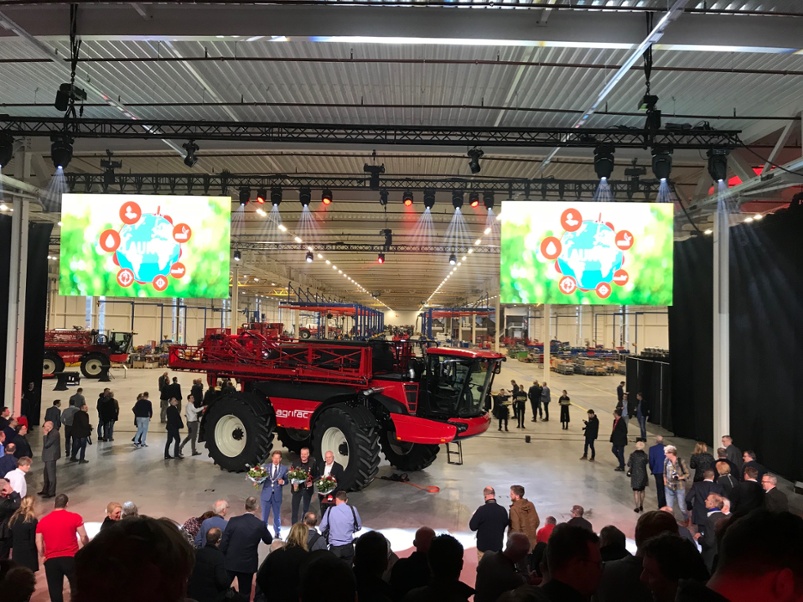 According to Rick, suppliers now have more difficulty than before to deliver on time. “Within the metal industry there is a shortage on the labor market because of the well-running economy. I suspect that several assembly companies will suffer from this. However, because many of our critical parts suppliers work with Tradecloud, those exceptions quickly come to light. The advantage is that we can take immediate action to limit any disruptions in production.

It is also nice that the Tradecloud dashboard shows us at a glance what the status of outstanding orders is. The planning and warehouse departments also use Tradecloud daily, so they know exactly what is on the way or why something is not yet coming. This has had a positive effect on the internal communication regarding orders, which we remove unnecessary consultation with. If something does not happen in the chain, it is immediately clear what the reason is.”

“Onboarding of suppliers is relatively easy.”

When Rick started five months ago, the purchasing department was still in transition. This was accompanied by staff changes, people left and new colleagues were added. Rick: “I was quickly convinced of the profit that a supply chain platform provides for your purchasing and production. In that respect, an excellent basis has been established. With a number of new colleagues, we then further scaled up the number of suppliers who use Tradecloud. We then started working more actively on this. The majority of our suppliers are located in the Netherlands. We had invited a number of suppliers, but they were not yet using the platform. Apparently it had been left behind and there appeared to be several valid reasons for this. We now know that when we invite new suppliers to work with Tradecloud, we need to provide a little more guidance and guidance.”

If it is up to me, we will work this way with all suppliers
“I believe it shouldn’t take extra time for a small supplier to work this way. After a short period in which suppliers have to get used to the change, it will work faster and more efficiently. I always emphasize the latter when I talk to suppliers. Once the master data is properly registered in Tradecloud, we can rely on it. After a short period of test run, we immediately stop emailing about orders. If it is up to me, we will work with all suppliers in this way! We will soon be organizing a supplier day here at Agrifac. At such an event I also take the opportunity that Tradecloud can tell its story for the suppliers present. Incidentally, I see a snowball effect when it comes to the adoption of Tradecloud in the industry. Now that we see that large suppliers such as Eriks, Kramp, Fabory and Hella decide to do order handling with Tradecloud, smaller parties often follow automatically because they do not want to be left behind in the digitization process.”

In order to improve visibility in the supply chain, Rick also wants to transfer this data to Tradecloud. The track & trace information will then be visible in the order details. “Our suppliers ask us for an accurate forecast. As soon as we have made further internal progress with forecasts for material requirements, we also want to continue this via the platform to suppliers. We are also busy sending drawings with purchase orders. We are now looking at whether we can link the drawing to the order directly from the drawing program. The analytics module in which you can benchmark the reliability of suppliers by number and delivery time is also on the way. It comes in handy in my conversations with suppliers. We then have objective data at hand with which I can discuss improvements with the supplier.”

Curious what Tradecloud can do for you?